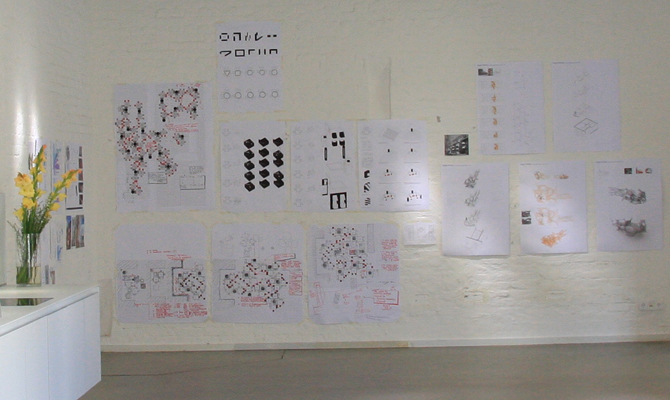 Post-wall Berlin has emerged as a major player in contemporary cultural production. As a laboratory of lifestyles and modes of production, it attracts an influential community of highly creative people from around the globe. The AA Berlin Laboratory continues to explores the role of experimentation and interdisciplinary ways of working, harvesting this exceptional energy. Now in its second year, this intense workshop explores tools and systems of experimentation, focusing on the idea of dwelling.

No other city has been as enthusiastic as Berlin in experimenting with modes of living. From mass housing to highly individualistic visions of living and extreme communal regimes, Berlin has long pushed the boundaries of what it means to live together. New organisational forms of dwelling, combined with alternative implementation methods, are currently challenging the roles of both architect and local authority in the process of delivering dwellings for the city.

During this intense nine-day workshop participants will work both in the laboratory/studio and the field/city, revisiting existing experiments in dwelling and the social ideals that shape them. In search of new logics of living, students will use emerging computational and rule-based design systems to develop prototypical forms of dwelling relevant to the city of Berlin. The workshop will be led by AA and Berlin-based tutors and hosted by Aedes Network Campus Berlin (ANCB). In addition, a public programme of visits, lectures and seminars with speakers from different disciplines will provide a stage for a debate on the idea of dwelling.