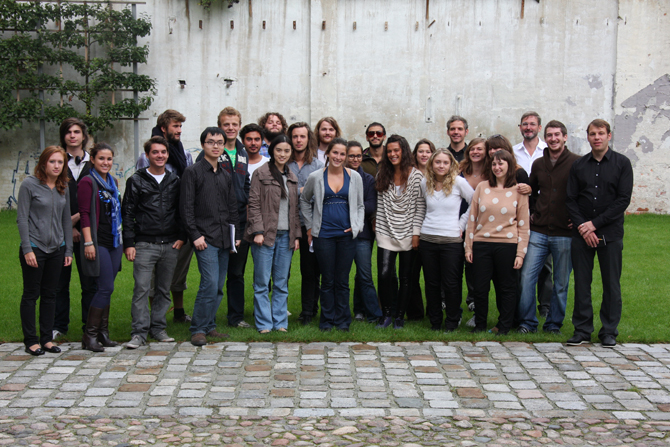 The task for this semester is to develop a Centre for Humanitarian Affairs. It will be located on a site where the french company Total is currently developing their german headquarter in form of a tower building. The building is located directly to the north of Berlin’s Hauptbahnhof train station where a 40-hectare development area known as the Europacity Quarter is currently under development. The cultural center and southernmost point of this quarter is found at the former
Hamburger Bahnhof train station. The northern edge of the Europacity Quarter is formed by the Perleberger Bridge, while the western and eastern edges are marked respectively by rail lines and a canal known as the “Spandauer Schifffahrtskanal.” The Heidestrasse is a main thoroughfare that runs through the middle of the Quarter: this road will be built into an attractive boulevard in the process of the overall development of the quarter. South of the Main Station and the Spree river the government headquarters are in close proximity which makes the site an ideal location for a centre for humanitarian affairs.

The goal of the CHA is to create a hub for humanitarian affairs where different organisations such as the european institute for humanitarian affairs, the Red Cross, the german institute for foreign affairs and the department of the humanitarian affairs of the UN have representatives under one roof and develop a holistic approach to the increasingly occuring natural catastrophies all over the world. The centre also should act as a testfi eld for the different measures to supply food, equipment and in particular shelter. This means a construction testfield will be the heart of the complex where the different methods of
building quick, robust and according to the nature of each location can be tested.