In collaboration with Elisabete França and the Secretaria Municipal de Habitação of the city of São Paulo (Sehab) and S.L.U.M. Lab Columbia University, New York 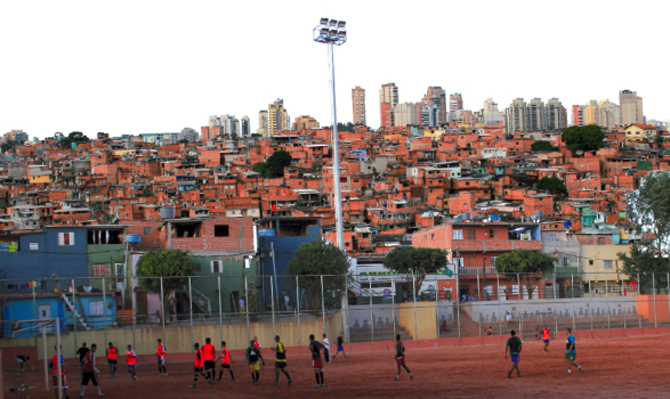 BACKGROUND
ANCB's Re-act Lab has a potential-focused rather than problem-focused agenda. It confronts the particular challenges of cities or regions throughout the world by facilitating transdisciplinary enquiry into appropriate and responsible actions in architecture and urbanism. This 10-day Re-act Lab research studio will introduce a group of advanced students from across the world to the realities of Brazilian cities and provide the wider public with internal and external perspectives on these. In a series of public lectures and discussions the studio will: introduce São Paulo's metropolitan area by revealing the contrasting morphologies and urban tissues produced over time; address the critical role of everyday life in the experience of urban space; question the possibilities created for architecture and urban planning when housing basic municipal services-key structures in improving quality of urban life; and highlight the need to develop partnerships between the city planning authorities and urban pioneers, in order to build liveable cities at the beginning of the 21st century.

Exhibition Openings: Measure of Man - Measure of Architecture and The Informal City of Century XXI

After the opening lectures and discussions, an intensive design studio will explore the potentials of the relationship between existing formal and informal urban realties in cities of the southern hemisphere with Paraisópolis, in the Morumbi neighborhood of São Paulo as a test site. Structured into three modules, the design laboratory will:

The aim of the design studio is to generate visions beyond current trends in order to find long-term solutions with the potential to transform cities. It will investigate the process of moving from pilot projects for connected housing and micro-infrastructures to comprehensive design policies and strategic planning. It will consider the possibilities for designing better quality environments through the provision and retrofitting of micro-infrastructures and local-scale interventions, based on cutting-edge technologies for a range of issues including mobility (e.g. cable cars, funiculars and electrical vehicles), public lighting and illumination, public utilities (e.g. garbage collection and disposal), alternative energy production, and the management of traffic flows and parking.

Working with local experts from São Paulo and international experts from across the world, a team of 18 participants will  generate proposals for transport infrastructure, micro infrastructure and housing in São Paulo. These proposals will be presented to, and discussed with, a panel of invited critics in a closed session t and exhibited to the public.

The studio participants will be in attendance to explain their proposals.