ANCB About Approach Team Facilities Network
Programme Calendar Themes Formats
Support us Make a Donation
Documentation Videos Publications
Contact/Newsletter Newsletter Contact Privacy Policy
APPROACHES
Led by accomplished instructors with backgrounds in the fields of architecture, interior design, engineering, stage-design and literature, each team has brought a slightly different approach to our research collaboration, and thus produced distinctively individual results.
Regardless of the greater disciplinary framework or the differences in academic curricula, all teams seized the opportunity to leave their classrooms and engage in first-hand, practical research. Charging past the conventions of traditional architectural education, students ventured into the city to draw inspiration from reality and test the viability of their own creativity. Throughout the process, experiential learning proved to be a complementary educational tool in the study of contemporary workplace conditions and a catalytic ingredient for visionary design.

Medellín
Our Lighting the Global Workplace collaboration in Medellín was orchestrated under the guidance of professors Alejandro Restrepo Montoya and Alexander Gonzáles Castaño. Together they taught a seminar titled “Illumination of Workspaces in the Tropics”, which offered both theoretical foundations and the development of practical skills. Students examined natural and artificial lighting concepts, in search for visual comfort and energy efficiency. To do so they worked at the laboratory for technical experimentation in architecture (LEET), which allowed them to test the efficiency and impact of their research by performing hands-on experiments.
The team brought together a group ranging from 2nd to 5th year architecture students. Mixing research teams follows the university’s aim of promoting vertical education, where less experienced students can benefit from the expertise of those with more developed capabilities. The group integrates a set of complementary skills. Some have exceptional graphic abilities, others have strong design intuition, and others specialize in digital representations. The team approached the initiative by direct observation, using modelling of light with physical prototypes, and with a quantitative analysis based on digital modeling. 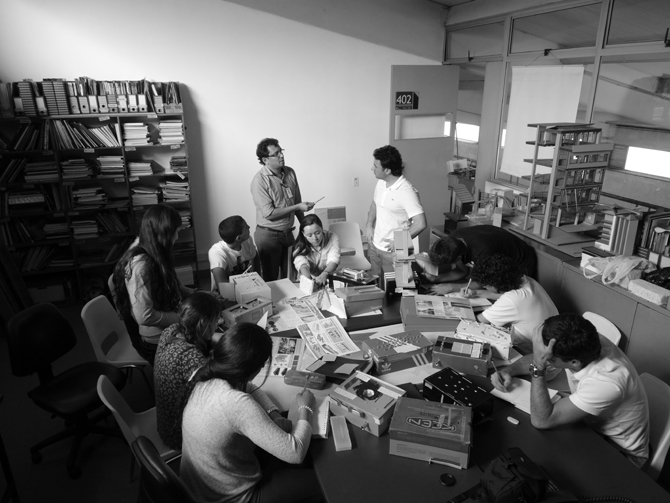 Lagos
Research leaders in Lagos encouraged students to think of lighting as both a science and an art. As specialists in building climatology, Dr. Mike Adebamowo and PhD candidate Adetokunbo Sangowawa emphasized the importance of the local environmental conditions and retrofitting existing buildings.
Most students participating in the project were volunteers coursing 5th year in the Master of Environmental Design and Architecture programmes. They visited numerous offices in teams of two, drawing preliminary reports based on observations and interviews. Each team was given the freedom to approach the challenge through their own methodology. In order to stimulate the employees' imagination during the visits, the students provided visual references that suggested lighting schemes and interior design concepts. Throughout the process, teams interacted with each other to exchange observations and learn from each other. 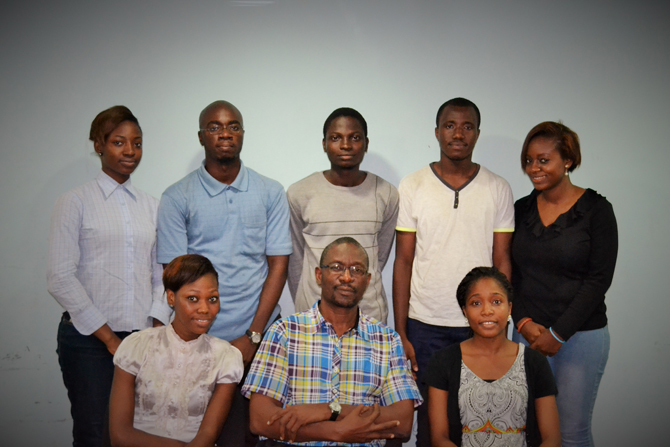 Berlin
Students from the TU Braunschweig conducted their research for our research project under the guidance of Prof. Almut Grüntuch-Ernst, who set up an architectural practice in Berlin shortly after the fall of the Wall. Since then, she has carefully observed and actively partaken in the city’s dynamic transformation.
Throughout the course, students attended a series of lectures about the origins and evolution of the workspace. Research teams prepared presentations that analyzed historical and contemporary trends, and focused on formulating visionary forecasts for the future. In Berlin, workshop excursions examined productive spaces, working culture and lighting situations of creative industries in Berlin. After visiting numerous workplaces, students reconvened at the Grüntuch-Ernst studio for seminars.
Together they delved into a rich discussion of globalization and digitalization – as seen in the numerous offices they visited. With a largely international team, research was conducted in mixed groups of three to four architecture students. The number of nationalities and cultural backgrounds added to the quality of knowledge exchange, to the analysis, and ultimately to creativity in the design process. With plenty of photos, drawings and thorough interviews, the Berlin team documented its findings in an extensive booklet. 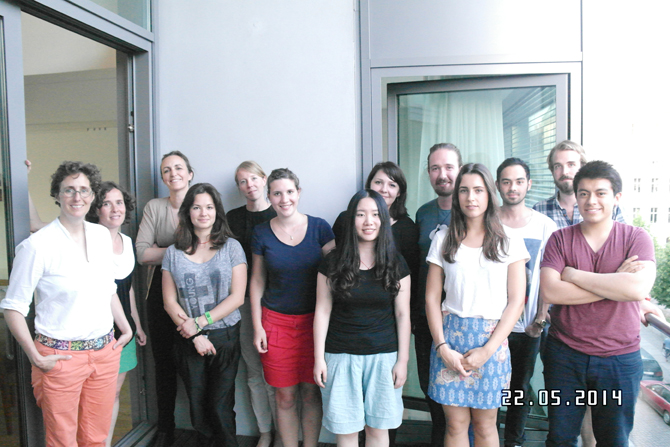 Manila
Dean of SoFA Design Institute Tobias Guggenheimer and interior designer Denise Ayado led the research team through our Lighting the Global Workspace initiative in Manila. Their goal was for the students to explore alternative workplace environments and to pursue a comprehensive understanding of light from a designer’s perspective. Exercising a holistic methodology that embraced both nature and technology, students examined various conditions and effects of lighting in daily life.
As a precursor to the study the team came up with a simple list of what they liked and disliked about natural and artificial light. They concluded it would be best to undermine any previous knowledge they had about light. In an attempt to foster radically different ideas, students conceived light as physical mass and explored the potential for designing its volumetric properties. When thinking about light as space, they used light as an instrument that can be shaped, ordered, and located. 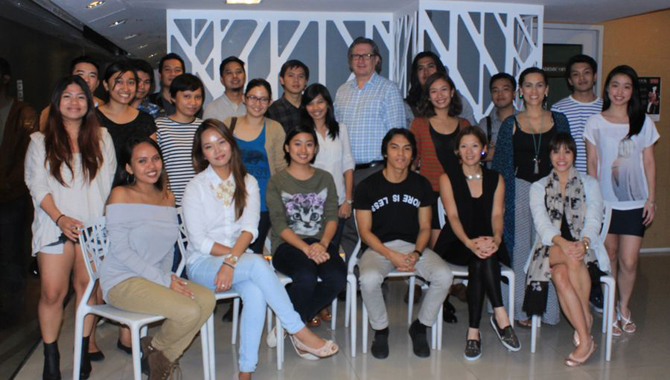 Sydney
Eighteen highly motivated students of lighting design and architecture from the University of Technology Sydney joined the Lighting the Global Workspace research collaboration. The initiative at UTS was led by Professor Thea Brejzek, Director of the Interior and Spatial Design Program, where lighting plays a key role in the study and design of special environments.
Drawing from her expertise in performing arts and scenography, Prof. Brejzek added interesting perspectives to the workplace, motivating students to investigate the emotional dimensions of lighting, design and colour. In addition to regular theory lectures on the topic of workplace lighting, Prof. Brejzek offered an elective course entitled “Light, Materials, and New Forms”. During the course, students used lighting software to model and assess their proposed solutions. The students who made up the research team had a strong background in interior design and a growing interest in pursuing a career in professional lighting. Prof. Brejzek encouraged the group to leave the light lab and explore the anatomy of the Sydney workplace. As a complementary, hands-on part of their studio, the group prepared light installations for the Beams Festival in Sydney. 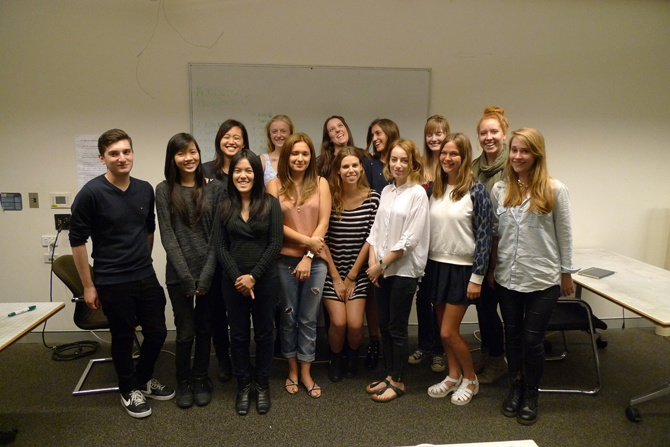