Enabling the Edge: Urban Farms in Milan and Berlin

ANCB has already collaborated with Politecnico di Milano for 5 years . This year they  continued their work on urban agriculture and peripheral urban locations. This design studio focused on the wider systems that individual farms and gardening enterprises connect into. Tying in with the Milano Expo, a second emphasis was the farm typology, exploring future uses for abandoned examples located within urban fabric of Milan. 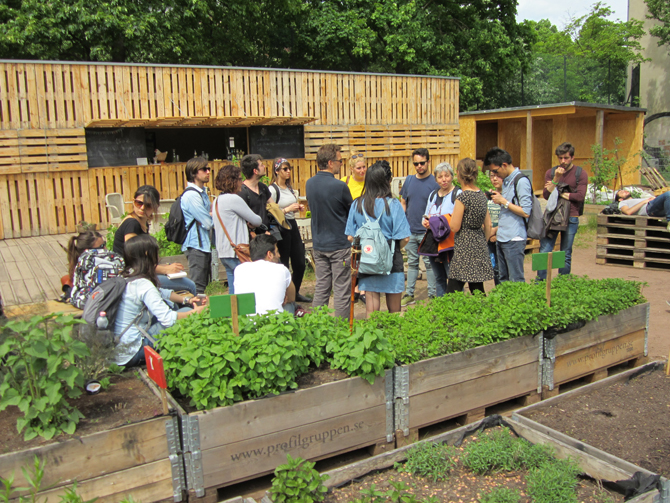 The work centred around three themes:
â The spaces in-between the urban and the rural
â The role of urban agriculture in contemporary cities
â New places for production, consumption, and leisure

A particular attention has been given to innovative uses of open spaces that can become drivers of economic, spatial, ecological and social changes within the dynamics oft he contemporary city.

In Milan, their case study is a group of former farms (cascine) in the cityâs outskirts, which are now integrated in the urban fabric. The students came to learn from Berlin; to read and interpret relevant aspects of urban fabric. The programme of the design studio has thus been to experience and subsequently analyse places that ofer an understanding of urban edges: the former Wall at Bernauer StraÃe, the Panke stream, Spree river, railway with their green strips, the former Tempelhof airfield, community gardens (PrinzessinnengÃ¤rten, Himmelbeet, Tempelhof), allotment gardens (Bornholm, Gleiesdreieck, Priesterweg), parks and urban nature areas (Pankow, Tiergarten, SchÃ¶neberger SÃ¼dgelÃ¤nde, Tempelhof).

Hiring bicycles and cycling between these places, the studentsâ experience of the city with the spatial relationships have thus been directly embodied. With the help of GPS mapping, they were able to trace their itinenary, âusing their body as a penâ. They traced, recorded and measured places at different scales.

Berlin Landscape Architect Thilo Folkerts intorduced the students to the questions of open space in Berlin and returned as guest critic for the final review. A group of 26 architecture students came this year; they formed into smaller teams, each dealing with a specific theme.

ACTORS AND USERS
This team focused on urban gardening. Taking four examples â community gardens of PrinzessinnengÃ¤rten, Tempelhof and Himmelbeet, and the allotment garden colony Bornholm at Bornholmer StraÃe â the group demonstrated the characteristics of these places (âorganizedâ, âhipsterâ, âquietâ). They also looked at out who uses the gardens, as well as who comes, and what is their impact on their broader surroundings. Taking into account the different histories of the gardens, the group proposed a tool to assess the particular spaces in terms of their future, considering the role in the cityâs green fabric. 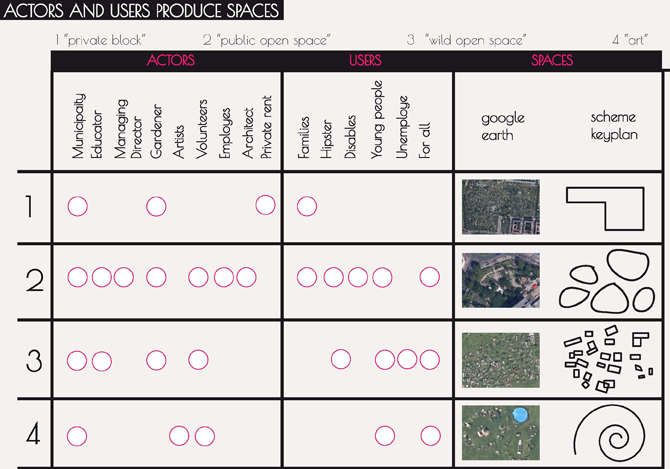 TYPOLOGIES
The theme here were the activities that describe various forms of urban agriculture, aside from production: entertainment, cafes sports, etc. They produced an evaluation matrix of the quality according to different criteria: efficeincy of space use, personalisation level, recycling, etc. 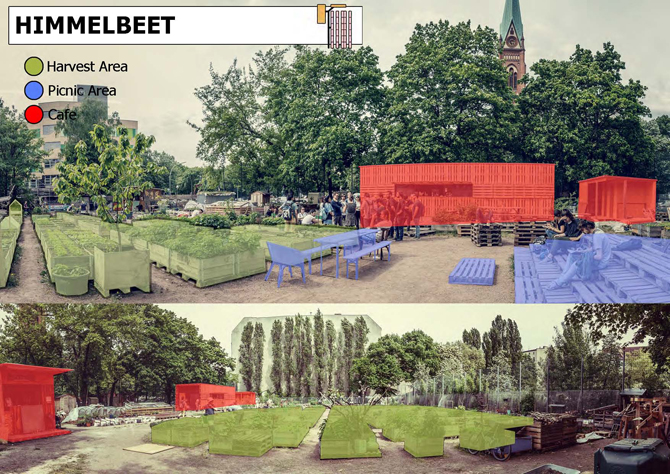 THRESHOLD
Starting with a formal approach, this team tried to categorise the ways in which the public, semi-public and private space interact. From blurry to sharp, from highly articulated to straight, they illustrated their nine categories of interface with examples. 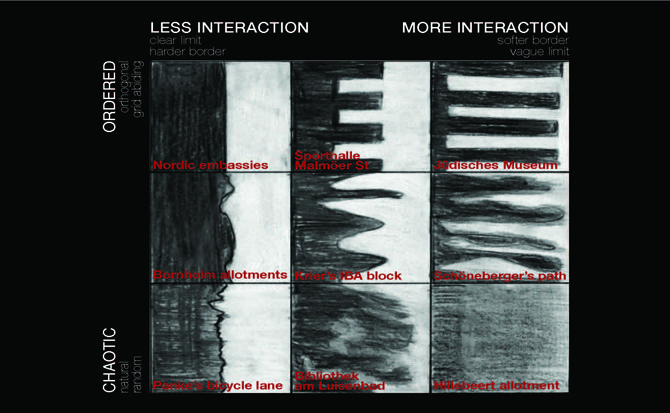 CONTINUITY
These students followed the relationsip  physical an natural connections within the city: A prime example was the Panke stream, which is a natural element in the city that also serves as a corridor for greenery, pedestrians and cyclists â although with several interruptions. The team then observed these characteristics in other places from their experience. 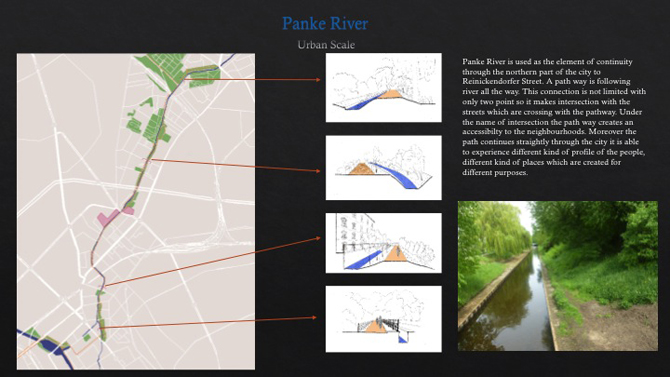 URBAN AGRICULTURE AND NEW LANDSCAPES
The initial question here was:  Is the urban gardening supposed to produce a new aesthetics?â Aiming not only at visual qualities, but also on the structure, this group showed an interesting view of the phenomenon of urban gardens in Berlin. The students confronted two forms of urban agriculture, stemming from different age and context â the allotment garden and the urban garden. These two also create a different aesthetics, one small-scale and dense, appropriate for the strongly urbanized areas, and the other large-scale, occupying mostly the cityâs edges. 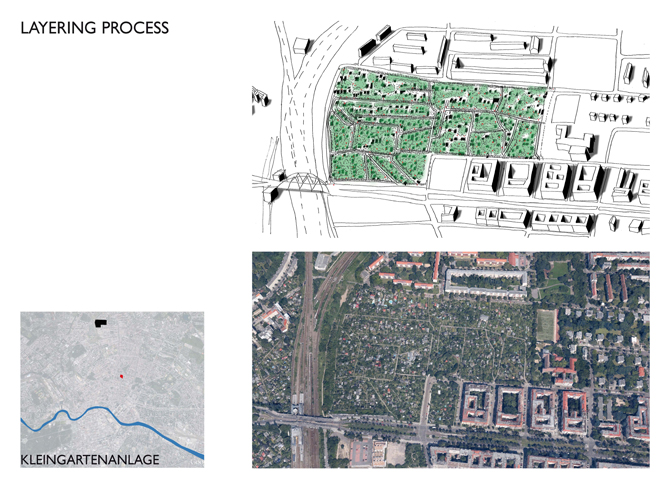