Public opening session to the Spring Conference of the Committee on Architecture for Education of the American Institute of Architects with lectures by Thomas M. Krüger and Almut Grüntuch-Ernst 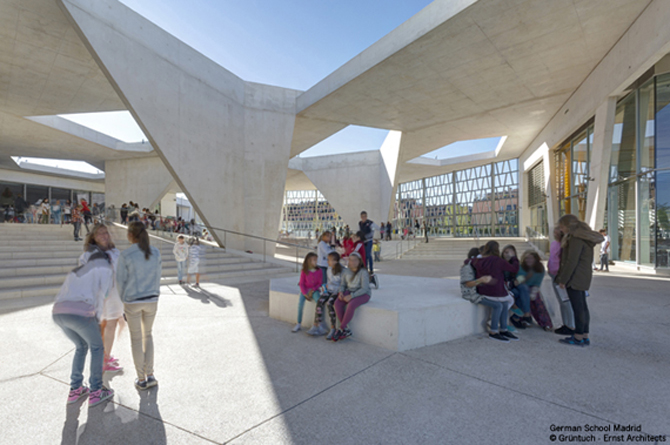 BACKGROUND
This public opening session will kick-off the four-day conference "Visioning and Re-Visioning Suburban Berlin - Educational Facility Study Tour" by the Committee on Architecture for Education of the American Institute of Architects and will frame the dialog around the conference theme. During the following non-public conference and study tour, 40 American participants will spend four days touring major educational facilities in and around Berlin and explore the history, planning and design process of these facilities, including the Bundesschule Bernau, the Marie-Curie Gymnasium (high school) in Dallgow-Döberitz and the Freie Universität Berlin. Thomas KruÌger, Founder of Ticket B and the Guiding Architects Network, will give an introduction to the educational design traditions of the Berlin region, highlighting contemporary urban planning and architecture that is transforming the city. Almut GruÌntuch-Ernst will talk about GruÌntuch-Ernst Architects' school building projects in and around Berlin - the ehemalige JuÌdische Mädchenschule (former Jewish Girls' School) in Berlin Mitte, the Marie-Curie Gymnasium in Dallgow-Döberitz, the "Förderschule am Mummelsoll" in Berlin Marzahn - as well as the German School in Madrid.