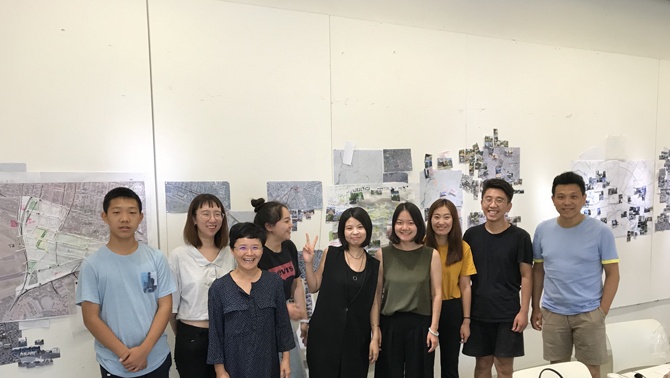 Berlin is a special city in Germany highly regarded for its history and strong political economy. However, the most exceptional aspect of Berlin is its unique urbanism, which contains amazing urban space for everyday life. We chose to study Berlin, not only because it is the capital city of Germany, as Beijing is for China, but because of the unique aspects in which Berlin captures diversity and self-exile.
We don’t think Berlin is a chaotic city, we think the opposite, it is a well-controlled city on account of the city spaces, not because of police. The people living in Berlin experience the city throughout different layers and dimensions. Meanwhile the inhabitants flow into public space, creating a dynamic urbanism.
In 2016 the Chinese sci-fi book, Folding Beijing won the Hugo Award for the best Novelette. The author, Hao Jingfang portrayed a future Beijing where three different urban spaces fold and unfold in a 48-hour cycle. From this book we have been inspired to propose urban surface as a social media. It is composed and fabricated with deferent layers or dimensions. By folding urban surface, we would have a tolerant, inclusive, and diverse urbanism.