A Lab Talk Series on the relationship and physical connection between security and urbanity building on last year's series Taksim, Tahrir, Occupy & Co. 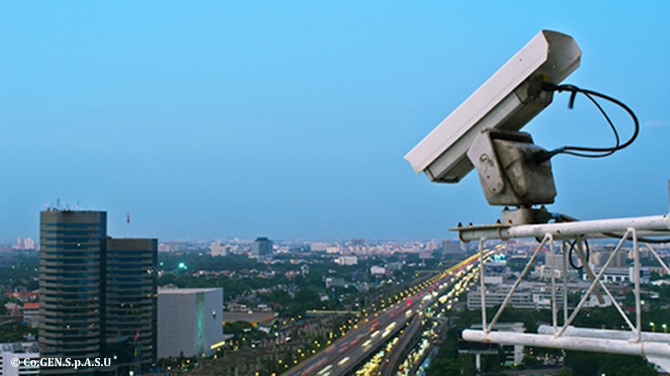 INTRODUCTION AND AIMS
In 2015, we started our collaborative project with an interdisciplinary Lab Talk Series entitled Taksim, Tahrir, Occupy & Co.  Participants from various backgrounds discussed the interdependency of urban space, society and international politics with a particular focus on the political meaning and visualisation of urban spaces in times of civil resistance and protest. In this follow-up series Urban (in)securities: The interplay between city planning, securitisation and international politics, we aim to broaden our perspective twofold:First, we discuss the relationship and physical connection between security and urbanity. Second, we include a wider range of security issues and incidents relevant to the city. In addition to highlighting the variety of security threats and forms of violence that endanger our cities today (and in the future) we aim to discuss how politics responds to these threats and organises/plans urban defences.We also aim at linking city planning and urban design to security: How can architecture strengthen the feeling of security or insecurity, for instance by installing barriers, bollards, water features, street furniture, style of paving, etc.? How visible or invisible are these security features?

EVENTS
Urban (in)securities. Session 2: Defending the City
Lab Talk: 16 March 2017
When we think about (in)securities of the future, we also imagine how to 'defend' our cities, our way of life, our environment and our political system. It includes the security of our anthroposphere and the ability of the resilience of our cities Creating (new) urban places,  the inclusion of 'others' (humans or things) as well the integration of new technologies raise widespread concern what consequences this holds in regards to our identity and future way of life. How can the city remain a 'public' space? How do city planners envision the city of the future? Since intelligent systems and software in the digital age are increasingly used to automate building management, implement access controls and regulate devices, how do city planners, political scientists, designers, etc. discuss urban (in)security?
More Info
Video recording

Science. Fiction. International Politics
Bucerius Summer School: 20 August 2016
The BSS workshop examined questions regarding the relationship between urbanity and security and addressed central topics such as surveillance/control by the state, privacy in the smart city/world, segregation, integration of outsiders (particularly refugees), migration and the role of urban design in e.g. the protection of public space/ buildings through the fictional narratives and places of science fiction films. This approach ensured an open, neutral discussion and enabled the participants to discuss very current topics in an “abstract” and “fictional” way without putting the focus on a specific government or country of origin. The participants were encouraged to contribute their own experience or concrete examples to the discussion.
More Info

Urban (in)securities. Session 1: The City as Target
Lab Talk: 19 May 2016
In The City as Target, we firstly aimed to discuss how the city of today emerges as target for different insecurities and threats. The randomness of targets and places such as public spaces, train stations etc. create a diffuse fear in everyone and has substantially changed our understanding of security. Secondly, we focus on the different responses to these threats and fear including political, technological, building, and urban planning related perspectives. Questions include: How is urban security actually established today? Spatial aspects regarding design, lighting and openness play a role in the development of a safe urban environment. Will new security criteria produce new urban design principles and ultimately a new urban architecture?
More Info
Video recording